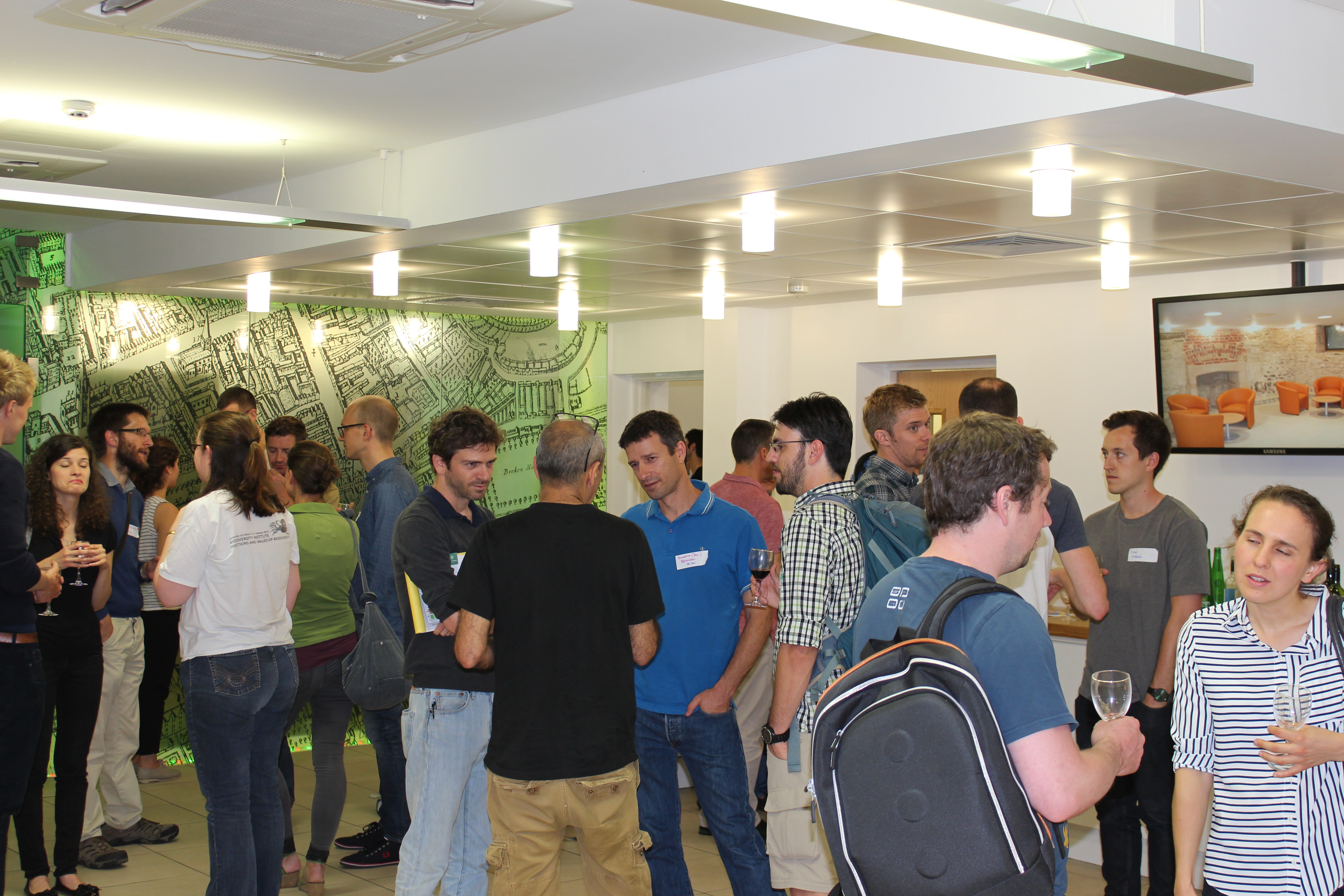 One of my favourite parts of working as a researcher during the summer (aside from quiet campuses with less students around) definitely has to be the “conference season”. Indeed, I don’t need to convince many people that conferences are one of the lively and exciting parts of doing science that rightly mix traveling, networking (and sometimes drinking) and learning about so many new things (and sometimes hangovers).

One of the problems though is that they can sometimes be overwhelming. It’s hard to find a balance between the right amount of networking (how many friends/collaborators do I want to meet and how many new ones do I want to make) and the right amount of learning (which talks do I want to attend and how much can I get from them). Although everyone has their own technique to deal with these questions, it seems to me that it boils down to the number of people attending the conference and the objectives of the conference organisers. One solution is to aim conferences towards a more manageable size with a clear emphasis on networking and learning.

One such conference is the annual BES Macro conference! As has became a happy ritual over the last 4 years, I was awaiting July with impatience for this year’s one organised in Oxford by Natalie Cooper and Rich Grenyer. As a disclaimer though, I do not consider myself as a macroecologist at all (most of my work is on macroevolution methods). So why do I go every year? I don’t even know what macroecology is! Well one of the first points is that this conference covers a vast array of topics, this year reaching far beyond the classic bird species richness heat maps with presentations on microbe populations in tree holes and sampling biases in the fossil record! The second point is because I think this conference contains all the ingredients that I think make a good conference:

For early career scientists like myself it can sometimes be a bit intimidating to mainly hear talks by “veteran” scientists. In fact I often think to myself just before giving a talk, how lame mine will be in comparison to the other people. Not that mixing different career levels makes my talk less lame (!), it has at least the benefit of making me feel better. It also has the undeniable benefit of making it easier to network with the big wigs if you spoke in the same session as them. At BES Macro 2016, each session was a good mix of every career level making it much more casual. Even the plenary speakers ranged from Professor Tim Blackburn to About-to-be-Doctor Hannah White!

Second, make most of the talks short

People have mixed feelings about lightning talks: from the speaker’s point of view, when you have exciting results it can be frustrating to convey your message in 5 minutes. Also these talks are sometimes more difficult to write than a classic 10-15 minutes one! However, from a listener’s point of view, think about how much more you absorb, on average, from these extra 5-10 minutes that make a classic talk? On a couple of talks: probably much more; on 2 days or more of conference: probably not that much! Besides, if 5 minutes was not enough and just peaked your curiosity, it makes an excellent opportunity to network (“Hi, I really enjoyed your talk. About that, [insert your burning question here]?”).

Another point of conferences that can be negative is that you chain-listen to many many talks all day long. That has the benefit of giving a good overview of your field of research but can also make you slightly sleepy! One solution to break this continuous rhythm of talks is to do it with discussion sessions that can either be about transferable skills or about big questions in the field. For example, at BES Macro 2016 we had an excellent discussion session on reproducibility and another on the classic “What is Macroecology?” question.

And finally, don’t forget to add some rants

What makes a good conference lies also in how much you feel part of the field of research covered by the conference. One way to convey that is to be part of or at least listen to the “hot” debates shaking the field. In this conference for example, we had two “official rants” by Shai Meiri and Adam Algar on what is going wrong in macroecology (but still how much cool work is done).

And of course, the main ingredient is the attitude of the people towards the conference. As Rich Grenyer put it in his welcoming introduction: “this conference is formally informal.”

Hope to see you at the next conference!