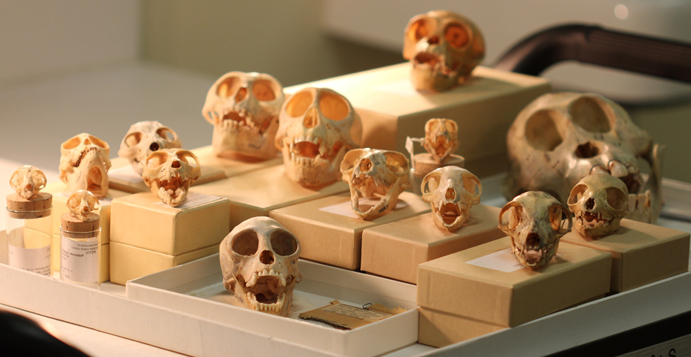 This post was originally written by my ex-PhD student Thomas Guillerme after the publication of this paper. The accompanying paper has now been published here as part of Special Feature for Biology Letters on Putting Fossils In Trees: Combining Morphology, Time, and Molecules To Estimate Phylogenies and Divergence Times. I’m reposting this blog post in an effort to make sure each paper I publish has a blog post to go with it! See the Paper 2 section below for the update including analyses from the new paper.

After a few ups and downs, everything you always wanted to know about the effect of missing data on recovering topology using a Total Evidence approach is now available online (Open Access)!

This paper also deals with many different questions that people might be interested in (Bayesian vs. ML; how to compare tree topologies; comparing entire distributions, not only their means and variances; and many more!) but I’ll leave it to you to discover them…

Back in the mists of time, more than one and a half CPU centuries of calculations ago, Natalie and I wanted to build a Total Evidence tip-dated tree for Primates. The Total Evidence method is a method that allows you to combine both living and fossil species (or actually, read “both molecular and morphological data”) into the same phylogenies. The tip-dating method, is an additional method that uses the age of the tips rather than the age of the nodes for dating such a tree. But I’m not going to talk about that in this post.

At the start of the project, we were both confident that Primates would be the ideal group for such work since they are so well studied. A study that I described in a former post also came out around the same time, encouraging us in this project.

However, as you might guess, something went wrong, horribly wrong! For the Total Evidence method, we need molecular data for living species (check) morphological data for fossils species (check) and also for living species (che… No, wait)! After looking at the available data, we quickly found that there was a crucial lack of living taxa with available morphological data (see below). From that problem, came the idea of actually testing how that would influence our analysis. And funnily enough, this eventually became one of the two major parts of my PhD!

Running thorough (and loooooong) simulations, we assessed the impact of missing data on topology when using a Total Evidence method. We looked at three parameters where data could be missing:

To investigate how problematic this might be we investigated whether the available coded anatomical characters were (i) randomly distributed, (ii) overdispersed or (iii) clustered, with respect to phylogeny, using two metrics from community phylogenetics. It’s not important to understand how these work, just that they tell you whether your species with data are evenly spread across the phylogeny, or clustered together. Why did we do this? Well, when few species have available coded anatomical characters, the ideal scenario is for them to be evenly distributed across the phylogeny to maximize the possibilities of a fossil being placed in the correct clade. The second best scenario is that species with available characters are randomly distributed across the phylogeny. Here, we expect no bias in the placement of fossils. Luckily we found that for most orders, species with available coded anatomical characters were randomly distributed across the phylogeny (for example see the Primates tree in Figure 1a below). The worst-case scenario for fossil placement is that species with available characters are clustered together on the phylogeny. Then, we expect two major biases: first, fossils will not be placed within a clade containing no data, and second, fossils will have higher probability of being placed within the most sampled clade by chance. Our results suggest that this may be problematic at the genus-level in Carnivora (carnivores), Chiroptera (bats) and Soricomorpha (shrews). For example, a carnivoran fossil is unlikely to be placed in Herpestidae (mongooses) because they have no coded anatomical characters available. Instead, the fossil will have a high probability of being placed on a branch that contains many anatomical characters, such as within the Canidae (dogs) or Ursidae (bears) (see Figure 1b below). This could be really problematic for downstream analyses. No-one wants a meerkat in with the grizzlies! 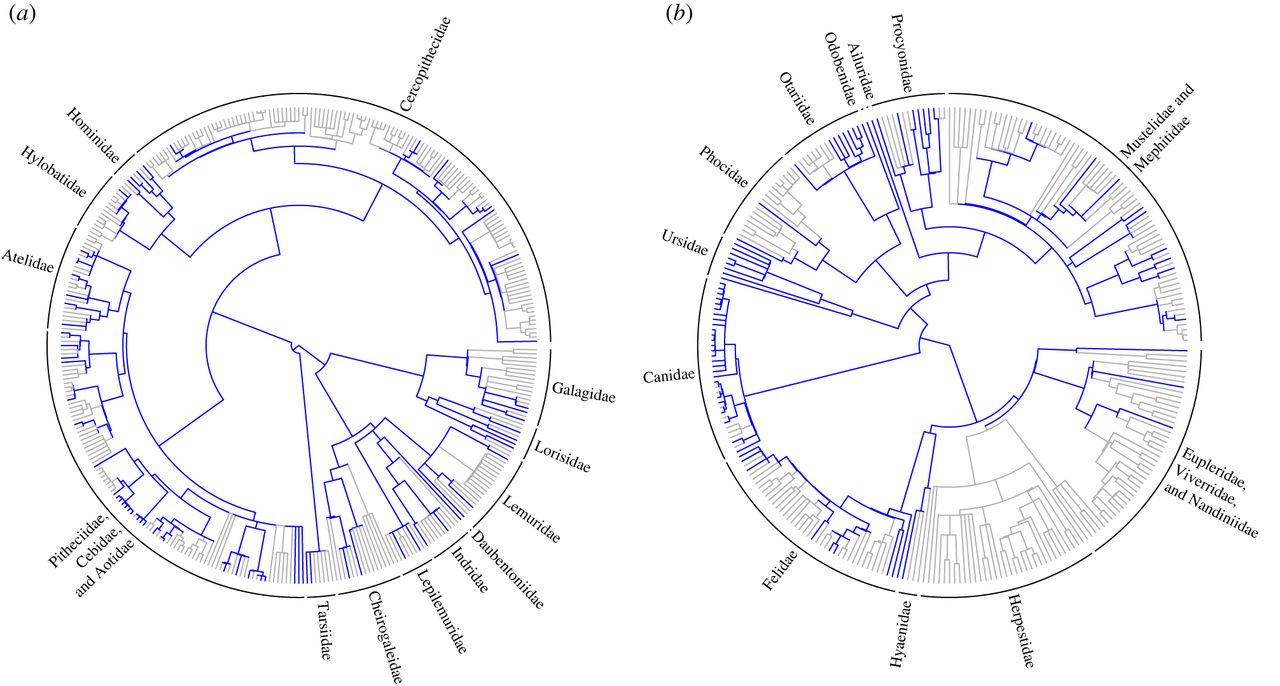 In conclusion (and in the words of Thomas’ original blog post), these papers taken together suggest that to improve our topologies in Total Evidence analyses, we should visit more Natural History museums. And not only the exciting fossil collections but the well curated collections of living species as well (a useful conclusion for Macro at the Museum)!

All the code for these papers is available on GitHub: Paper1 and Paper2.

Check out Thomas’ latest presentation about both papers from SVP, November 2014.