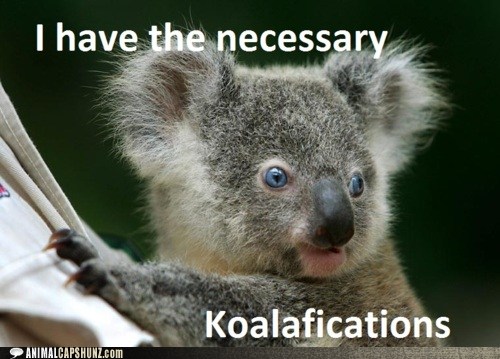 We’ve recently gone through the process of hiring a postdoc. There’s a companion piece to this that gives advice to applicants on CVs and cover letters. But in this post I wanted to share some ways we tried to get a more diverse pool of applicants, and how we tried to make the process more positive for everyone involved. It may be that everyone does this already, in which case great! It may also be that people have other better solutions. This is just what we tried…

First up, let me share the stats with you. We ended up with 69 applicants, 46% non-male, 32% from groups under-represented in science, and currently based in 19 countries, from all continents except Antarctica (the number of nationalities was higher but I didn’t record this). We were pretty pleased with this, as it’s a technical field that tends to be overwhelmingly white and male.

There’s plenty of evidence that the more specific your advert is, and the more you use words like exceptional and outstanding and expert, the fewer applications you get from women and under-represented minorities. Checking over your advert for those kinds of gate-keeping words is really important (although some of this may be added back in by HR). And if you don’t know what you want, be upfront about that and encourage people to apply even if they have a slightly different profile.

I’ve also found that the official job adverts the Museum circulates are really overwhelming, with lots of additional detail but with important things (like whether the start date is flexible) hidden in weird places. I decided to create an informal version of what I wanted and added this to my personal website to share. This also allowed me to link to our group philosophy etc. (see next point).

Have a Group Philosophy

A number of candidates mentioned our group philosophy encouraged them to apply. This was particularly helpful in making people realise this was a safe place to work. If you don’t have one, make one and make it easy for applicants to find.

We advertised on a number of websites, Facebook and Twitter. We also reached out to some colleagues who shared the advert with possible candidates. Just over 50% of applicants heard about the job from Twitter. And this included most candidates from outside Europe. We were helped here by a couple of colleagues with networks in other continents retweeting and translating the tweet into Spanish, French etc. as appropriate. Thanks to everyone who retweeted the advert!

Early in the process I realised I was getting a lot of white male candidates contacting me, and very few non-male candidates or candidates from under-represented groups in science. So I made a special plea on Twitter for people to contact me if they wanted to know anything about the job, or living in London, or working at the Museum, especially if they were from under-represented groups. This opened the floodgates, and a number of people said they’d have been too scared to contact me out of the blue if I hadn’t made this request. Not all of these people were good fits, and in the end not all of them applied, but I was able to pass on advice and places/people they could contact who were more closely aligned to their interests.

Once we had the applications in, we set up a series of points to keep us on track and to try and keep us as unbiased as possible as we assessed them. These were as follows.

Attempting to remove privilege from CVs

Dealing with inequality of opportunities is hard. But we tried to not let our decisions be influenced by things that not everyone will have had access to. For example, unpaid internships, volunteering, expensive hobbies, expensive schooling, journals that require huge fees to publish there (Nature Comms, Nature Ecol Evol for example). Support from supervisors will also be variable and affect what is on the CV but that’s much harder to know about.

The pool of two

Interviews always make me really nervous, and I really hate it when the instructions aren’t clear. Therefore although we let HR do the official invites and set up the video calls, I also sent a fairly comprehensive email to all the interview candidates. I mentioned how the group is set up and how we fit within the Museum more broadly. I also gave some rough ideas about the kinds of questions we thought we might ask at interview, and who the panel would be. Hopefully this made the process less vague.

I included contacts for an LGBTQ+ colleague they could contact without my knowledge in case there were any specific concerns that they felt uncomfortable raising with me. I also set up a meeting for each candidate with a selection of people in our office so they could ask anything they wanted to without it getting back to me.

I was also really careful to point out that interviews should be a two-way process. It’s important that a candidate feels they would be happy working in a group so should be prepared to ask questions. And I said that we were not going to ask any trick questions as apparently some interviewers do this (please don’t!)!

I again said that we were not going to ask any trick questions, and asked people to stop us and interrupt if they didn’t understand the question. We left plenty of time for each interview so we didn’t have to rush anyone too much. We also asked the same questions to each candidate to keep things as fair as possible. A new addition to my interview questions was to ask how they as postdocs felt they could contribute to diversity, equality and inclusion and make people in the group feel welcome. And a question one of my friends introduced me to a while back is to ask if there was anything they wanted to tell us but had forgotten. This is a great chance for people who aren’t so great at interviews to add something to earlier answers if they feel like they messed up.

We’ve all received those awful form rejection emails when we’ve failed to get a job and they’re rubbish. No information, just dejection. I’ve always aimed to avoid these and provide feedback for all applicants. I was severely tested this time as I had a lot of rejection emails to send out. Many candidates responded to these emails thanking me for making the rejection process much nicer and more positive, so I 100% think the time spent on this was worthwhile and I’d encourage everyone to do this.

What did I include in the email?

While doing this felt horrible and took some time, it also seemed like the least I could do.

Overall this was a pretty stressful process, but quite rightly so. We have the power to promote some people and not others so it’s good to take that seriously! On a more positive note, this process has led to me interacting with loads of really talented, interesting young scientists working on really cool projects. I suppose that’s good for the future of the field? Though obviously I’m sad that we might not find jobs for all of them. But that’s something for another day…