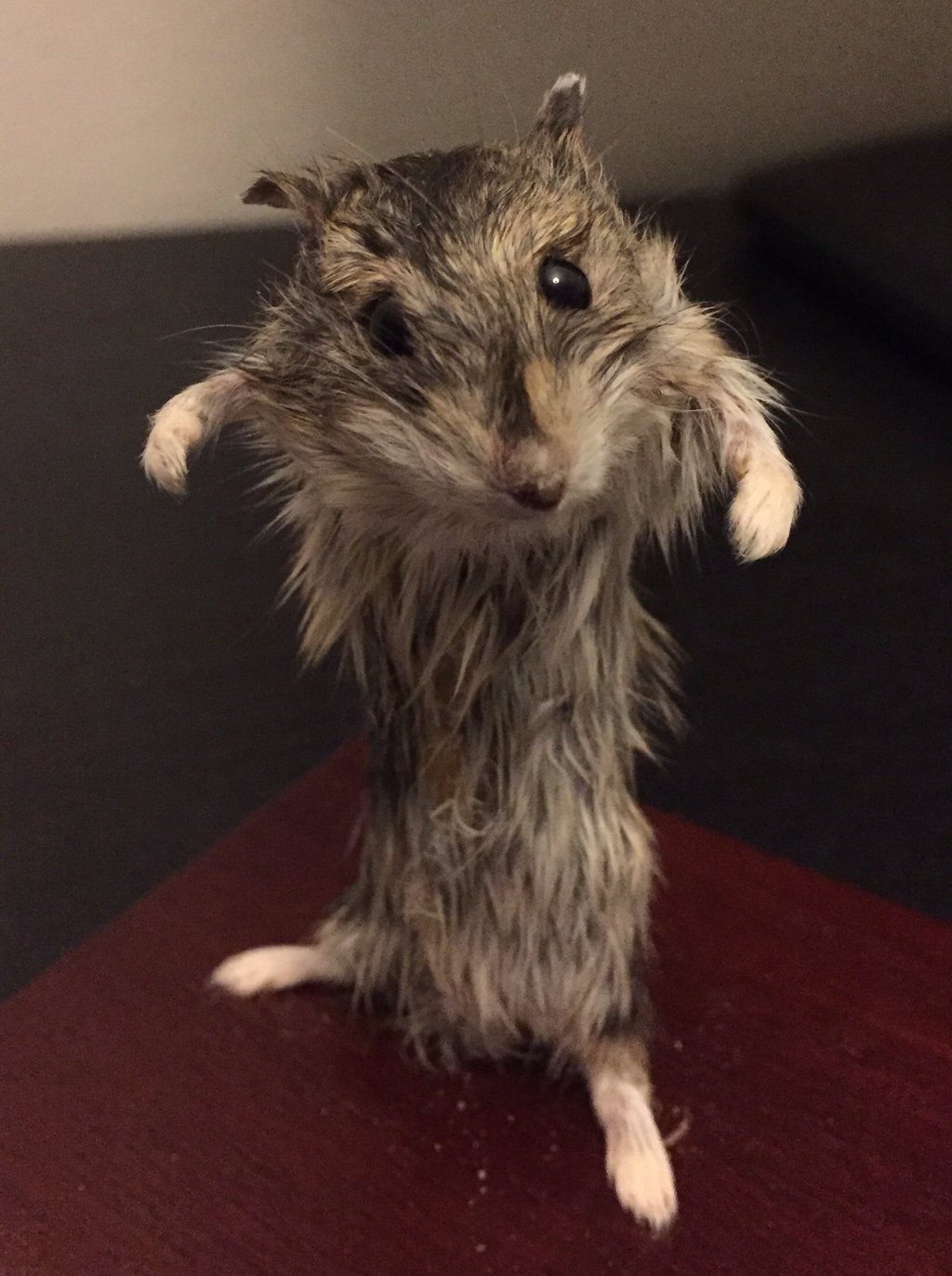 2016 has been an awful year for many of us, especially if you care about science, the future of the planet, equality, facts etc. But it’s also been quite a fun one here at the Museum. As we enter the season of year end round up shows that remind us just how many of our favourite celebrities kicked the bucket in 2016, I thought I’d share some of my favourite moments of 2016.

My favourite part of this job is that I get to be close up to creatures that few other people ever encounter. After a slightly grumpy feminist rant about how women were just as good at lifting large fish as men, I’m now called upon whenever someone needs a hand shifting a large specimen. This has included two frozen great white sharks (sharksicles - surprisingly cooling on one of the hottest days of the year!), Stanley the sturgeon, Mr Woo the giant salamander, and my favourite the beached marlin.

More fishy fun today taking a couple of sturgeons (including "Stanley") out of the fixing tank and into alcohol pic.twitter.com/IaUWM4q16r

The marlin arrived at 7pm one evening, so a gang of us stayed around waiting for it to arrive. Apparently our entrance to the car park was like the nerdiest version of Reservoir Dogs ever as we cruised in with our labcoats flapping in the breeze. The move took on a serial killer vibe with accidental blood splatters on the rented van, and some hilarity with a walk in freezer. But the animal itself is a beauty. Hopefully we’ll eventually get it on display.

To add to the fun of today we took delivery of the 3m long blue marlin that washed up off Wales over the weekend 1/n pic.twitter.com/BSG1A6ZiyK

A Whale of a Time 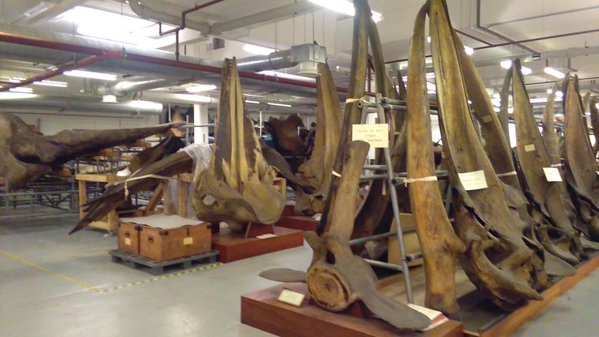 Our whalehouse - so many whales!

While 2017 is going to be the “Year of the Whale”, with our blue whale taking centre stage in Hintze Hall and a Whales exhibition (and it’s Ocean Year too!), 2016 was the year of preparing for the year of the whale. Andrew Jackson (Trinity College Dublin), Clive Trueman (National Oceanography Centre, Southampton) and I had a fun day collecting baleen for our project on baleen whale movements (see here, here and here for more details). I also hosted Erich Fitzgerald, Travis Park and Matt McCurry from Museum Victoria who spent two weeks working with our collections and coming up with some cool research projects. Really excited to see how those turn out!

In 2016 I’ve had direct contact with at least 800 members of the public, which has been amazing. I gave tours on “Leading Ladies of the mammals” for London Pride, showed members round the whale hall, presented a science show on animal penises at Dinosnores for Grownups, and wrapped several children in bubble wrap (to demonstrate how polar bear hairs are hollow but look white) at Dinosnores for Kids. The Museum is such a great place for this sort of stuff, and I think it’s even more important in our “post-truth” world to engage with as many people as possible.

One talk down, three to go. My new game show is going down pretty well. #dinosnores pic.twitter.com/xEMmOtyZVT

#guesswhatsinmybubblewrap with pencil sharpener for scale! No cheating if you're a coauthor on the project! pic.twitter.com/pEOifaHFIX

For those still in need of a laugh…

2016 was also the year I first tried taxidermy. Let’s just say it didn’t go so well…

This weekend I learnt taxidermy. I'm not very good at it... pic.twitter.com/YuqKrum2UV

Hope you all have a great holiday and see you in 2017!